I’ve been remiss in my blogging. I went on vacation and got out of my routine, and oh, how hard it is to get back to it!

As an update on my vacation – it was fantastic. We went to Switzerland and Iceland, via the Iceland Air Stopover program. Each country is stunningly beautiful in its own way. I wish I could be back there now! 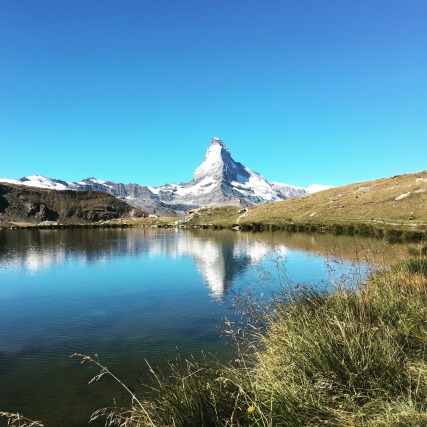 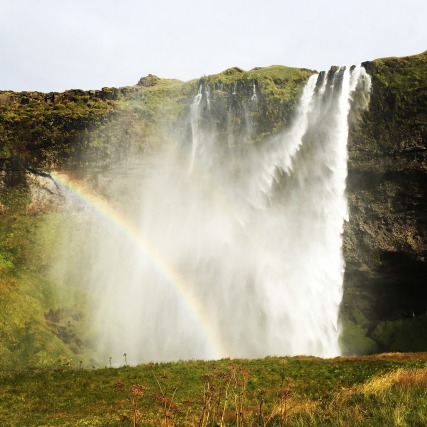 As an update on my running – it’s not going so well. I continued to run and train on vacation, but in retrospect, that wasn’t my best idea.

Here’s the thing – remember how I took time off in July because of Achilles’ tendon problems? Well, I got back to running regularly in August, and then ran a pair of back-to-back races at the end of the month. Those races irritated my Achilles’ again. I think a large part of the problem was the 4 mile race I run had some significant hills and hills put more strain on the body.

I hit the KT tape hard, and the tendon flare up after those races seemed to heel up right quick. But then I went to Switzerland. And the Alps are more than mere hills. After four days in the mountains, I ran a track workout in Lausanne and that was the beginning of the end.

I got through the workout, but I knew something was wrong. You know you are desperate when you take to “foam” rolling your calf on a wine bottle wrapped in a towel. Ouch. 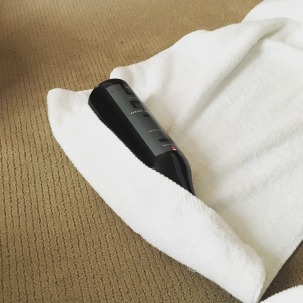 Even with the wine rolling, things only got worse, and 10 minutes into a lactic threshold workout a few days later I had to call it and hobble back to our hotel in Reykjavik.

I took a couple days off and when I got back home I started tackling the Achilles’ issue with everything I had – KT tape, friction massage, acupuncture and Active Release Technique. I got to the point where easy miles felt okay, but any attempt at speed didn’t feel so great.

This is where I made another bad decision: I was going to race the Bronx 10 Miler on September 25, no matter what. Why? My running team was just barely out of 3rd place and needed a good showing to move up. (Spoiler: we did move up – we are now tied for 3rd, but they didn’t need me to do it. Womp.)

Anyway, full race recap will follow, but moral of the story is racing on an iffy tendon is bad. I kept myself in check and didn’t race all-out because I knew if I did I’d have to call it quits mid-race just like I had to do during my lactic threshold workout in Reykjavik. However, that doesn’t mean I took it easy.

I succeed in my goal in that I made it across the finish line at a decent pace, finishing in just over 1:07 – a 6:44 pace – but when I stopped I could only hobble. A cool down was totally out of the question.

With the race behind me, I was able to make a hard decision – I needed to take more time off. 10 days, to be exact. I also made the decision to get back to running slowly – to rushing back into workout or back into racing. That means nothing but easy miles for at least the next month. It’s boring, but I think necessary.

I am happy to report that I ran 2 miles this morning at an 8:48 pace, taking it nice and easy. My Achilles’ tendon felt a little achy right at the heel, but that’s several inches lower than where it was bothering me before, so I’m hoping that’s nothing to be concerned about.

I’ll try a couple more miles in a few days, and then I’ll update you on my racing plan going forward.

2 thoughts on “Back from Vacation, and maybe back to running soon?”