Wow, I can’t believe it’s already been more than two months since my last post. I guess time flies when you are planning a wedding.

A lot has happened, life-wise, in the past two months. Running-wise, the progress has been slow.

First and foremost, I married my best friend last month. The day was absolutely perfect. I wish I would relive it again and again. 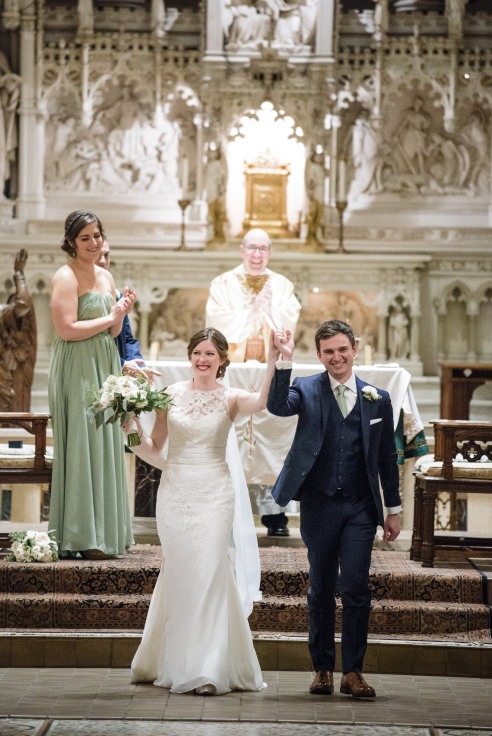 This was a huge relief because six weeks before the wedding we found out that the founder of our catering company had disappeared, absconding with the deposit money of dozens of couples. That added to the stress of the planning process, and made us all the more appreciative of the fact that everything went so well the day of the event.

Before our wedding, I also had a scare regarding my calf. I attempted my first work out since my injury – a mini fartlek workout with one minute on, one minute off – and over the following few days I found myself feeling pain in the old injury location. I took a week and a half off and went to the doctor ASAP. My doctor was also concerned, and ordered another ultrasound.

Of course, this happened in the two weeks leading up to the wedding – the time when no woman wants to restrict her exercise. I had never been more thankful as I was then for the Peloton bike we invested in earlier this year. I was a spinning machine those two weeks. I also strategically used a one-month unlimited new-client special at a local Bar Method to whip my abs into shape over those weeks.

I’m really bummed I’m not in racing shape right now, because I find it really hard to get to my goal racing weight, and no race has ever motivated me quite like my wedding and the need to fit into the most expensive dress I’ll ever own. At least the pictures will last forever, right? 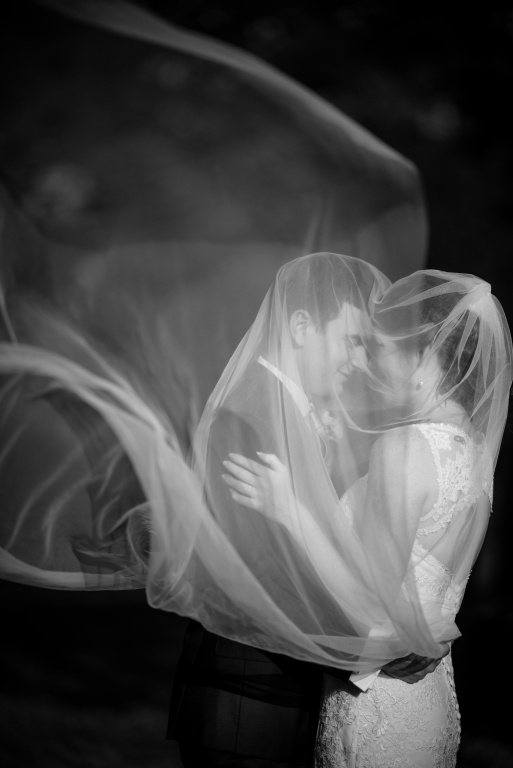 We got good news after the ultrasound though: there was no new tear, just a lot of scar tissue that tugged on the healthy tissue during that workout. What that means is I’ll have to wait a while longer before I start workouts, and really get in there to tackle that scar tissue.

More good news: the scare happened after my Bachelorette party, at which I was passed down this amazing Oiselle dri-fit wedding dress. Running in that thing was SO fun (and SO hot in August, ha). 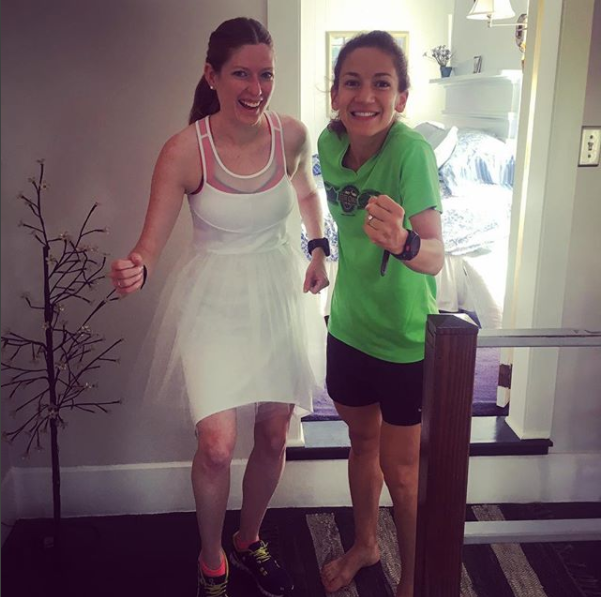 A couple weeks ago, I had a date with my physical therapist where she really got in there with some Graston tools. Holy hell did that hurt. Days later, it was still sore to touch! This is a classic scenario where the phrase, “no pain, no gain,” applies though, so I sucked it up.

Now, I’m dealing with some knots in my other calf. I’ve decided it’s always something when base building. The good news: I’m back up to 26 miles a week now, which is where I was before the whole scare before the wedding. And this weekend, I will run my first run that last longer than an hour since… November 26. WOW. That’s almost an entire year.

At the end of the day, all I can do is keep chugging along and treat my body well. That means physical therapy, acupuncture, calf raises and a lot of self-massage. One day I’ll write another race report, but not this year.

2 thoughts on “Running, But Not A Runaway Bride”